Some think nurse practitioners should be able to operate more independently

There’s a significant shortage of doctors in the San Joaquin Valley, a shortage that some believe nurse practitioners can help fill.
The Office of Statewide Health Planning and Development has an online map of California that marks areas with primary care physician shortages in blue.
With the exception of a few small pockets, the entire southern San Joaquin Valley — Fresno, Kings, Tulare and Kern counties — is a sea of blue.
According to a 2014 report released by the California Healthcare Foundation, the Valley has only about 60 percent of the number of physicians recommended to fully care for the area’s large numbers of people living at or below the federal poverty line.
Only seven counties in the state had a lower primary care physician concentration than Kings. The majority of those counties were also in the Valley.
“We have a very hard time finding family practice physicians,” said Lucy Thompson, a nurse practitioner working for Kings County. “It’s just really, really a struggle for that kind of care to be established in the Valley.”
Primary care physicians, also known as family doctors, are the first line of defense for patients experiencing medical complaints. If the problem is too complex to deal with, the primary care physician will usually refer the patient to a specialist.
Nurse practitioners can prescribe medication and treat illnesses, but they don’t receive the same kind of medical training that doctors do. Under California law, nurse practitioners must operate under a physician’s supervision. 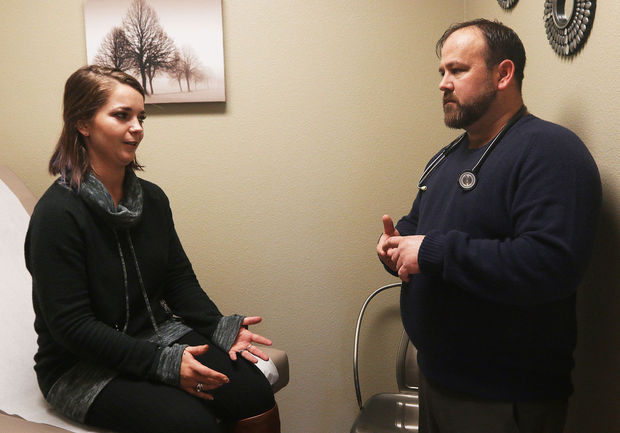 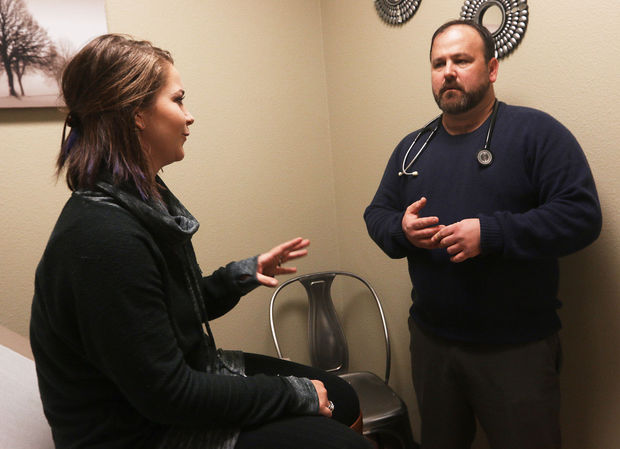 Thompson cited hot weather and lower earnings in the Valley as some of the reasons it’s hard to attract doctors.

There may also be financial disincentives.
The large number of patients ensured by Medi-Cal in rural areas – the state’s health insurance program for the poor – causes doctors in those communities to receive lower pay when treating those patients, according to Molly Weedn, spokeswoman for the California Medical Association.
She said the Medi-Cal reimbursement rate to doctors for services rendered averages $16 per patient per visit.
According to Thompson, many physicians won’t take Medi-Cal patients.
As a result, the increased numbers of California residents enrolled in Medi-Cal through the Affordable Care Act are still crashing emergency rooms.
The Association is pushing for a measure to appear on the ballot in November that would raise the tobacco tax to increase Medi-Cal funding.
But even if reimbursement rates improve, there’s still the physician shortage problem to deal with.
According to Ken Zelsdorf, Thompson’s husband and a nurse practitioner in Hanford, new patients often have to wait weeks to see a doctor in the area.
Zelsdorf, who is the vice-president of Contemporary Family Practice, a new primary care provider in Hanford, believes that giving nurse practitioners the ability to operate more on their own would help lessen the primary care shortage. Zelsdorf said that even though all the direct patient care at Contemporary Family Practice will be provided by nurse practitioners, California law requires that a physician oversee the operation.

According to Thompson, 20 U.S. states give nurse practitioners the ability to practice on their own.

“There are just more patients than [Hanford] can handle,” Zelsdorf said. “They need another place to go. The access is just kind of limited here.”

SB 323, a bill that would give nurse practitioners more latitude to practice independently, cleared the Senate last year but failed to get out of committee in the Assembly.
The bill was opposed by the California Medical Association, which argued that it would compromise patient safety.
“This legislation would have only put Californians at risk,” said Association President Luther Cobb in a written statement.
Weedn said the Association advocates not only for more doctors in the state, but also for more integration of care, including more efficient use of nurse practitioners under a doctor’s supervision. She said the organization is working to get more residency programs established in the state.
She said that many medical school graduates from California do their residency requirement out-of-state and end up staying there once they establish their own practices.
Thompson and Zelsdorf argue that nurse practitioners are well-positioned to provide care.
Thompson said that nurse practitioners in the Valley are mostly home-grown, meaning they became registered nurses while living in the Valley and chose to stay after receiving the master’s degree required to become a nurse practitioner.
“Nurse practitioners have been taught to do the education, to do promotion, to do prevention,” she said. “I think that’s a plus.”
The reporter can be reached at snidever@hanfordsentinel.com or 583-2432. Follow him on Twitter @snidever.
View this article on The Hanford Sentinel